“He lived for 111 days. He went through so much and just kept going. We say he’s our strong and brave little boy.”

Mary Catharine Grau knew about The Milk Bank in its early days; her childhood friend’s mother, Mary Weber, founded the organization in 2005, and she had watched The Milk Bank grow throughout the years.

In 2015, Mary Catharine was part of a KSM Consulting staff team that produced a video highlighting The Milk Bank’s move into its current office building. She toured the rooms dedicated to pasteurization, in-take and distribution, and she saw Garrett’s Gift Bereavement Tree in the new lobby. But it wasn’t until the following year that she fully understood the impact of The Milk Bank’s mission.

At 19 weeks pregnant, Mary Catharine and her husband, Tony, received disheartening news after a routine ultrasound.

“The doctor said, ‘There’s no good way to say this; I need you to get more tests done.’ His growth was restricted, and he had an issue with his brain and kidneys. We later discovered a hole in heart. We realized the issues may be more complicated than we’d thought,” said Mary Catharine.

In August 2016, Christopher was born at 32 weeks gestation and weighed 1 pound, 8 ounces. He endured many surgeries, fought off infections and pneumonia, surprising his family, including Mary Catharine’s 3-year-old daughter, Corrine.

“We have a picture – she was in preschool at the time – that she drew of her family; here’s ‘her brother at the hospital growing bigger and stronger,’” she said. “He just kept fighting. Of course, he was medically assisted, but all this stuff would go wrong, and we thought, ‘okay, we got through that.’”

At first, he was fed his mother’s breast milk through a tube.

“It was one of those things that just being able to feed him – by holding up a syringe of breast milk – I thought, ‘we got to be able to take care of my kid!’” said Mary Catharine. “It was one of the closest things to parental assistance [we experienced].”

She continued to pump, even after Christopher declined and was transitioned to an IV for nutrition. Two weeks after an open-heart surgery, Christopher’s body had fought its last. He died in November 2016.

“It was a scary place and a scary situation, but we feel lucky that we got to meet him and spend time with him for almost four months. We didn’t know we would have that.”

After Christopher’s passing, Mary Catharine connected with The Milk Bank to honor his legacy. She donated her breast milk to the mission, and the Grau family added a leaf with Christopher’s engraved name to Garrett’s Gift Bereavement Tree.

“We [also] donate money in Christopher’s name to … help babies who would be like Christopher,” she said. “We weren’t able to help him be healthy, but that doesn’t mean we can’t help other people’s babies and show appreciation for the most frail and helpless.”

She and Tony were unsure how to navigate the subject with Corrine, but they were amazed at her ability to include his memory in everyday situations.

“It’s an interesting and beautiful thing to grieve and celebrate with a child. She incorporates him in our life like no adult ever could.”

Corrine helps select and collect presents for Christopher’s birthday that the Graus donate to various charities across the city. She finds the donated book marked with Christopher’s memorial tribute sticker when they visit the library near their house. She regularly prays that God would monitor his progress in heaven. And she’s a fantastic big sister to her new baby brother, Henry, born in November 2018.

The Grau family turns the anniversary of a difficult day into a day of service and hope. Each year, their extended family members have donated blood and financial gifts to organizations that serve the most vulnerable, including The Milk Bank.

“[We want] to help feed babies who need breast milk the most. These little babies need that nourishment,” she said. “It feels like love.”

Mary Catharine gives to The Milk Bank out of gratitude for helping preserve Christopher’s legacy through the bereavement tree and the mission to serve premature and fragile babies.

“As someone whose child only gets to live in the stories we tell and the people we know, it means so much,” said Mary Catharine. “There are more people who know about him than just me.”

Mary Catharine Grau is the featured guest speaker at 2019 Little Babies Big Dreams on May 9, 2019. The fundraising breakfast is free to attend. Reservations are requested at themilkbank.org/lbbd.

Showing love to families in need 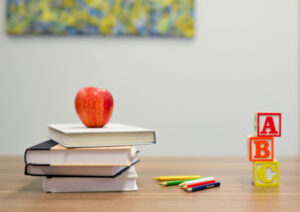