How Donor Milk Bridges the Gap

As the parents of premature twins, Jackie and Ross knew the stress of the NICU and the importance of breastmilk as lifesaving medicine.

After returning home from the NICU, it became obvious that Estelle and Evelyn weren’t hitting their expected milestones. They were also losing weight and bits of their personality. As you can imagine, this caused serious concern for their parents, Jackie and Ross.

In an experiment, Jackie and Ross decided to provide the girls with a complete breastmilk diet, removing formula that they had been supplementing with. For Jackie, this meant dipping into a hard-earned freezer milk stash. Very quickly, it became clear that all breastmilk was the answer. The vomiting stopped, the girls began to gain weight, and their personalities returned.

This also placed a lot of pressure on Ross and Jackie. The freezer-stash would last the twins just two weeks! Where would the family turn to for safe donor milk for their daughters?

“Immediately, you can see the impact of your donation on two children like this” shared Ross.

Today, the Estelle and Evelyn are thriving. They recently celebrated a major milestone – their first birthday!

As a supporter of The Milk Bank, you know the human milk is more than nutrition, it’s lifesaving medicine. Thank you for your generous gift of <> on <date> to support access to human milk.

Your financial support is meaningful to thousands of infants each year who are impacted by the more than 300,000 ounces of safe, donor milk dispensed by The Milk Bank. Your generosity is essential to this impact.

Christopher’s Lasting Legacy
Three reasons breastfeeding is self-care
Intentional Living in 2019
Maddy’s NICU Story
Community Partner Spotlight: Helping Preemies One Step at a Time
A Gift Of Donor Milk In Honor Of The Hospital That Saved Me 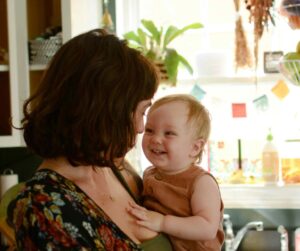