A NICU Beginning in St. Louis

32 years ago, I entered the world one week later than expected at St. Elizabeth’s Hospital. I was then rushed to Cardinal Glennon Children’s Hospital after being declared a “blue baby” due to low oxygen levels. My mom didn’t get to see or hold me. She recovered in Belleville while I was sent straight to St. Louis.   After a few days of recovery, my mom was being released and she got a call saying she could come see me, but she needed to bring me a coat because I was coming home.

Flash forward to now, my husband, Casey and I have been blessed with two very healthy girls. They were handed directly to me, we experienced skin to skin immediately, they latched perfectly and while there have been ups and downs with nursing, I’ve found myself with oversupply both times.

Oversupply is what led to some struggles with mastitis with Emma, my oldest. Through research online, I learned about preventing mastitis through pumping to regulate my oversupply and donating the milk my baby didn’t need, but by the time I learned about donation it was too late.  I knew if I had oversupply again, I would donate my milk.

About a month after my youngest, Elaina, was born, I became an approved Milk Donor with The Milk Bank, so that I could donate my excess milk supply to NICU babies like the ones at Cardinal Glennon Children’s Hospital, the hospital that helped save me.

It just takes me one extra 15-minute pump session in the morning and provides so many meals to NICU babies in need.

As of today, 3 months post-partum, Elaina and I are sharing 238 ounces of breast milk with these babies. That comes out to about 714 meals for premature babies!

Because Cardinal Glennon helped save my life, allowing me to reach 32 years today, my goal is to provide 3,200 meals to NICU babies this year… Only 828 more ounces to go!!

I don’t share this because I want people to know that I’m doing it – I’m sharing it because I want to SPREAD AWARENESS for the need of breast milk donations. Breast milk provides so many amazing health benefits for babies born early or with rare health conditions. Often when a baby is born very prematurely their own mother may not be ready and able to produce milk yet. So, if you have built up a huge stash in your freezer or have an oversupply like myself, consider donating some of it to help save the lives of these babies in need! Every single ounce counts!

Many of our Milk Donors first learn about donor milk when their NICU infant was a recipient. Grateful for the unnamed army of moms who had their back during such a stressful time, these incredible parents pay it forward by becoming donors themselves. It is especially touching that this NICU graduate is now a milk donor and repaying the favor herself.

For fragile babies, human milk is medicine, protecting against life threatening illness and infection. Cardinal Glennon Children’s Hospital is one of many hospitals throughout the Midwest and beyond, that rely on The Milk Bank to provide pasteurized donor milk in their NICU.

Our work at The Milk Bank goes beyond that of processing safe human milk. We support breastfeeding, families, and clinicians & envision a world where all babies have access to safe human milk! We are humbled to accept Natalie’s lifesaving gift of human milk in honor of the nurses, doctors and healthcare professionals that helped her thrive.  If you would like to join the ranks of Milk Donors, get prescreened online or by calling 317-536-1670. 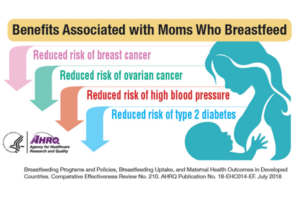 We must mobilize now to ensure demand does not outpace supply.
Menu